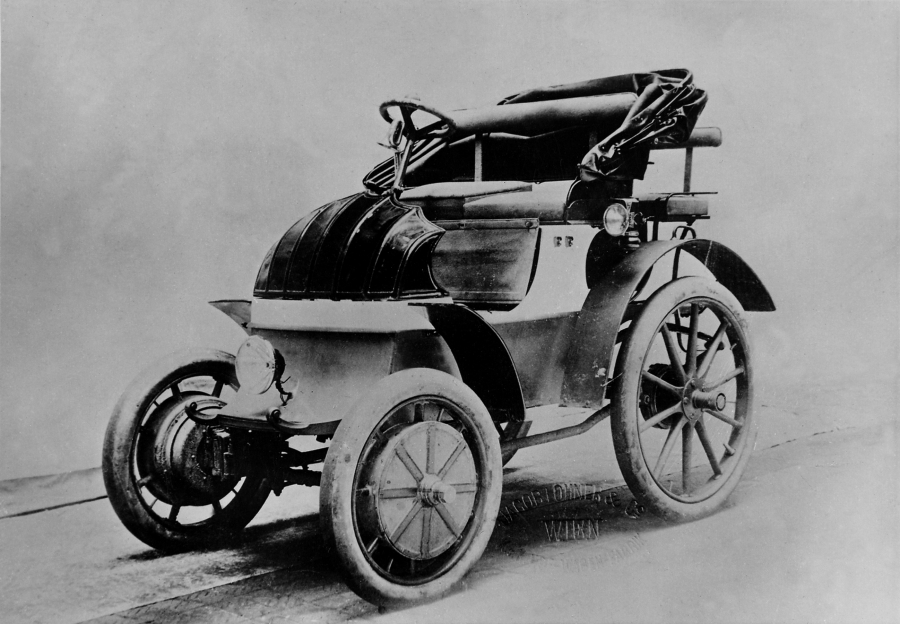 Porsche – a century ahead of the game

More than a century ago, the Porsche name already featured on an electric vehicle.

Back in 1898, French journalist John Grand-Carteret wrote in his book La voiture de demain (The car of the future) that "without being accused of making an ill-informed assessment, one can say that steam is the past, petrol is the present and electricity is the future”. This prophecy will have taken more than a century to come true.

With Porsche gearing up to unleash the Taycan onto the electric vehicle market, Rétromobile reminds us that Ferdinand Porsche was one of the first engineers to enthuse about this technology.

According to legend, he brought electric lighting into the family home when he was 16 years. His genius was seen at the 1900 Paris Exposition at which he exhibited the Löhner-Porsche, which was awarded a gold medal thanks to a memorable innovation: front-wheel hub-mounted electric motors. Never before had such performance been achieved: both of the motors were capable of delivering 7 hp for nearly 20 minutes. The 80-volt battery was made up of 44 cells, each 300 Ah, giving this horse-drawn style vehicle a range of up to 50 km. The Löhner-Porsche had a top speed of 50 km/h. The front brake was electrically-powered. Ferdinand Porsche's first electric vehicle weighed a tonne because of the 410 kg battery and the motorised front wheels (110 kg each).