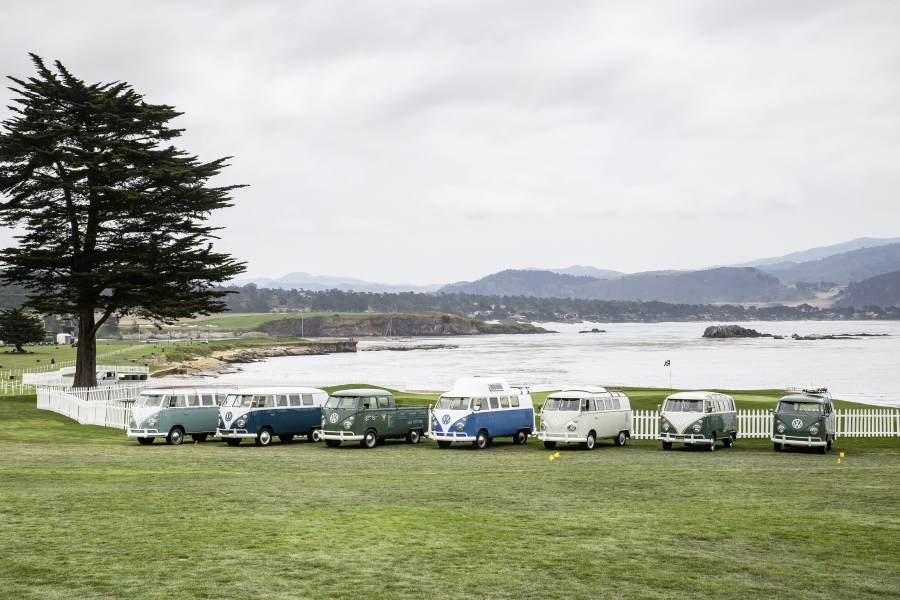 Volkswagen – tell us about the Combi

The German automaker is returning to a story that began more than 70 years ago.

It's often the simplest ideas that work best. The Volkswagen Combi became one of the cult leisure vehicles of the post-war boom. It was derived from the “Plattenwagen” – a small vehicle built to carry heavy pallets within the Wolfsburg plant. It's father was Ben Pon. It was when he first saw this utility vehicle during a visit in April 1947 to VW's production centre that this Dutch VW importer sketched out the design of a people carrier with a steering wheel at the front and an engine at the rear. He was so sure of his idea that he persuaded VW Managing Director Heinrich Nordhoff to build a prototype in November 1949. The rest is history. Nicknamed the “Bulli” by employees at the Wolfsburg plant because of its resemblance to a bulldog, it was presented as the “Transporter” and entered production on 8 March 1950, with ten being built per day. The versatile vehicle could carry up to eight people in an extremely light passenger compartment, but could also be adapted for load-carrying. To save money, it used the same axles and engine as the Beetle – a 1.2 L air-cooled V4, the most powerful version of which could deliver 70 hp. Over the decades, the Combi or Transporter continued to reinvent itself – to the sheer delight of its fans.