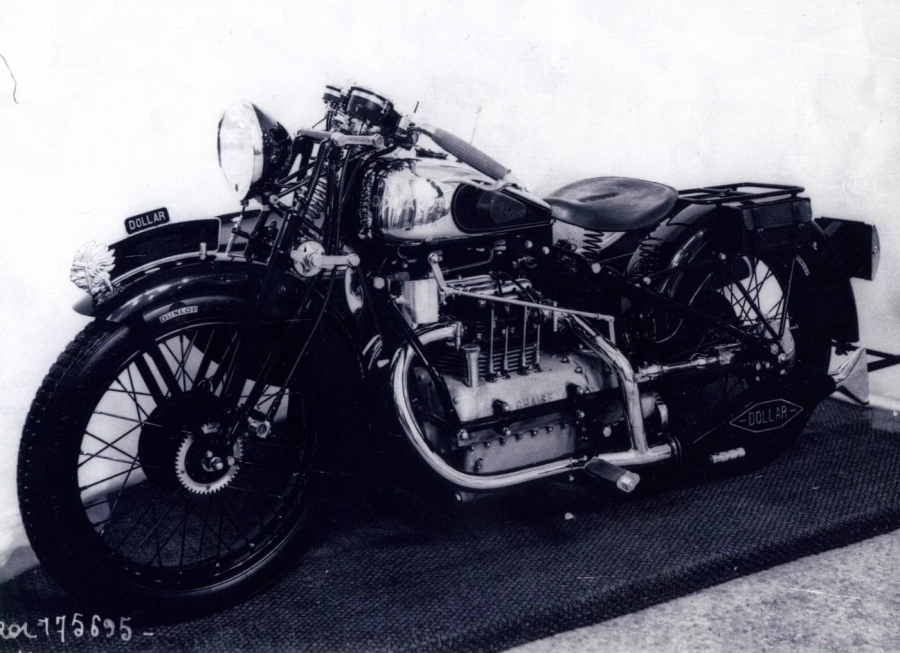 Contrary to what is suggested by its name and logo featuring the head of a Native American, the Dollar motorbike brand is French. At Rétromobile, it will be celebrating a century of history.

The birth of Dollar motorbikes

The story is worth of a novel. Louis Delachanal, the founder of the Omnium bicycle brand in 1890, had been dead for three years when Jeanne, one of his two daughters, who had taken over the family company in Charenton, decided to enter the motorbike market. Presented in October 1923 but launched in 1924, the first machine, a 125 cc equipped with the robust 4-stroke engine by the Swiss manufacturer Moser, was not without allure. Capitalising on the general fascination with America in the wake of the First World War, Jeanne Delachanal and her husband christened the brand "Dollar" and gave it a Native American head for a logo. Displaying a certain amount of opportunism, they invented modern marketing.

Rise and grothw in popularity

It didn't take long to gather momentum, and by 1926 the catalogue offered no fewer than 14 models: from 125 to 300 cc, tandem motorbikes, tricycles with a payload of 150 kg and sidecars. Under the slogan "riding on gold is good, but riding on a dollar is better", the Charenton firm tried its hand at racing - with a degree of success. At the end of the 1920s, the Dollars were renowned for their high-quality fittings and mechanical works developed by Maurice Chaise, the former head of production at Gnome et Rhône. They were best known for their overhead camshaft, a revolutionary concept for the time. Decidedly very cutting edge, Dollar commissioned the artist Géo Ham to illustrate its catalogues, while production diversified with JAP engines and the famous Majestic engines resulting from the purchase of the licence from its creator Georges Roy. Due to excessive debt, the company was acquired by OMI, which also owned the Chaise engines. This did not prevent the company from maintaining a high quality design: beam chassis, cardan transmission, rear suspension, dashboard with clock and speedometer, and cast aluminium exhaust elbows. With their many chromed elements, the machines of the mid-1930s were a sensation. But Dollar was hard hit by the 1929 depression and had to constantly increase its prices to compensate for the drop in volumes. Consequently, the French brand did not make it through the Second World War.