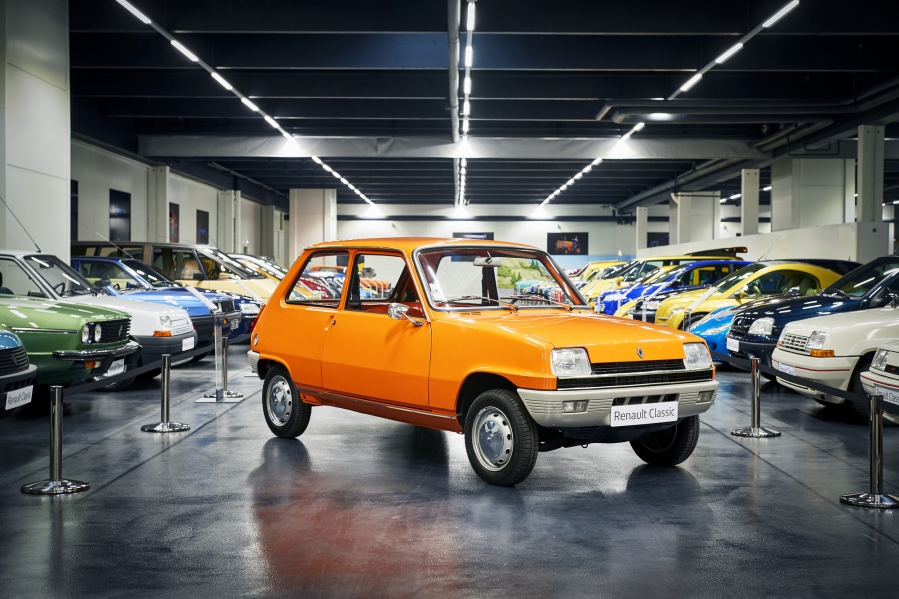 Renault: 50 candles for the R5

Ten years after bringing out the 4L, the ‘diamond brand’ continued to accompany society as it evolved with the launch of the R5, an elegant and versatile city car. At Rétromobile 2022, follow in the tyre tracks of this model whose iconic nature owes as much to its commercial success in France as to the resonance it brought to the manufacturer in the motor racing sphere.

An icon of its time

When it hit the streets early in 1972, the Renault 5 carried the automobile into the modern era. Against a backdrop of yé-yé music, bell-bottom fashion and plastic furniture, the city car of the former Régie lit up the streets with its acidic colours: yellow, orange, apple green and baby blue. Ten years after the R4, the Boulogne-based manufacturer, a true visionary, invented a new voiture à vivre. The R5 accompanied the changes in society marked by the emergence of a middle class, the improvement in living standards, female emancipation, the mushrooming of new towns and longer journeys in urban areas.

The new city car from the diamond brand was a fitting response to the need for mobility stemming from changes in society. Without replacing anything that existed before, the R5 revolutionised the automotive landscape. This versatile 3.5-metre, square-shaped, two-door hatchback lent itself to a multitude of uses. Today's city cars owe it a great deal: the R5 was as comfortable in the city as it is on the road. It broke with the conventions of the time, asserting itself as a breath of fresh air with its plastic bumpers and dashboard upholstered in black skai. The black vinyl sunroof, the large handle-free doors and the orange vinyl upholstered seats rounded off the picture of a city car that was decidedly uninhibited. Renault was unaware of the fact at the time, but this popular model came just at the right time to tackle the crisis years ahead.

An R5 for all ranges

The former Régie Renault did not seek to innovate in the technical field, but transposed many solutions proven on earlier front-wheel drive models, be they the R4, the R16 or the R6. Around a self-supporting body, the gearbox is placed in a front overhang in front of the engine installed in a longitudinal position and encroaching into the passenger compartment. The mechanical parts come from the manufacturer's own engine bank. The R5 L, the entry-level version, borrows the 4-cylinder 782 cc engine from the R4. It delivers 34 bhp at 5,200 rpm and reaches a speed of 120 km/h. The 956 cc 43 bhp engine, which came from the R8, drives the R5 TL to a speed of 135 km/h.

Getting rave reviews from the press, the R5 surpassed all expectations. The TL version was a hit with customers. This success encouraged Renault to move upmarket. There was soon to be the LS with the 1.3 litre R12 TS engine with 64 bhp, the TS and then the Alpine. The R5 turned into a sports car with the 1.4 litre, 93 bhp, light alloy cylinder head engine and 5-speed gearbox of the R16 TX. The R5 Alpine achieved speeds of more than 170 km/h.

The R5 loved nothing more than a challenge. Pierre Dreyfus, the boss of the Régie, believed that the R5 deserved a slice of the North American pie at a time when the oil crisis was prompting motorists to scale down their lifestyle. It was touted as "Le Car". The initiative turned out to be an unqualified flop.

In 1979, the R5, still at the cutting edge, was given a 5-door version and a new, more luxurious dashboard. The following year, it reached the pinnacle of its career with the launch of the sultry R5 Turbo, recognisable by its muscular bodywork. With the installation of the engine in a central rear position, the R5 was no longer front-wheel drive but rear-wheel drive. Playing the role of powerhouse of the range, this model won rally after rally. It triumphed in the 1981 Monte Carlo Rally with the Ragnotti-Andrié driver team. With the final Maxi Turbo version, Renault's star line-up also won the 1985 Tour de Corse.

A worthy successor: the Supercinq

To react to the increasing competition and in particular the arrival of the Peugeot 205, Renault replaced the R5 with the Supercinq in September 1984. With the contribution of the stylist Marcello Gandini and under the slogan "more 5 than 5", the manufacturer developed a vehicle with more modern lines, offering more space and better performance. The charm offensive was a success: the new Diamond's city car became the best-selling model in France. In 1990, after 18 years of loyal service, Renault decided that it was time for the R5 to bow out and make way for the Clio. But nobody has totally forgotten this icon of the 1970-1980s.

When the time came to think about a successor to the Zoé, the designers sketched out shapes that would bring the R5 back to life. In 2024, the R5 will be born again - with an electric engine.