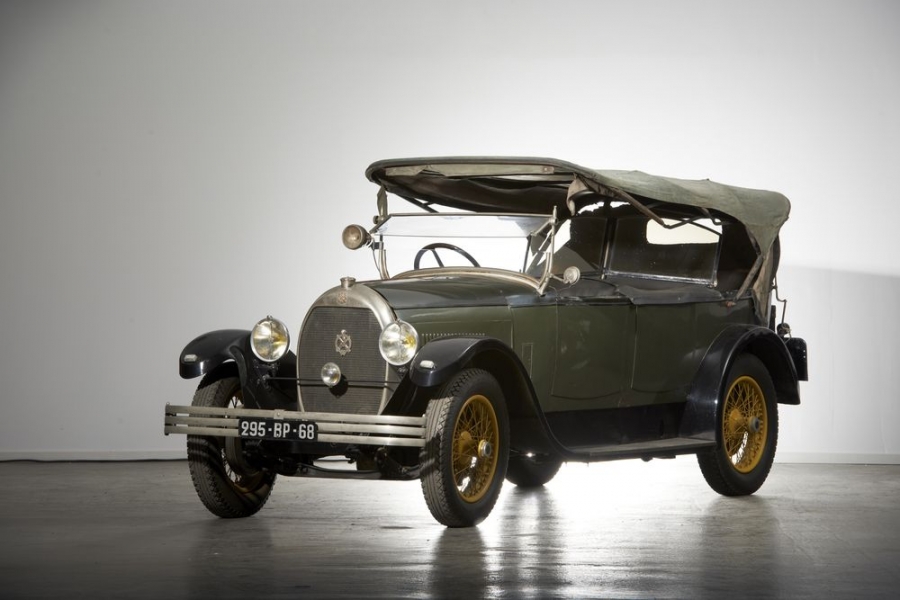 The Musée national de la Voiture du Château de Compiègne holds an exceptional collection of horse-drawn vehicles from the 17th to the early 20th century, automobiles and cycles, as well as an important iconographic collection on the theme of transport. This year, the Museum is presenting its Hotchkiss AM2 torpedo luxe.

The National Car Museum was created in 1927 on the initiative of the Touring Club of France, thanks to the determination of its vice-president Léon Auscher, a coachbuilder by profession. The great coachbuilders present at the World Fairs wanted to create a history of land locomotion and contribute to the preservation of the horse-drawn and motorised heritage, threatened by the rapid changes in road transport at the turn of the 19th and 20th centuries.

Today it offers a panorama of the history of passenger transport, in particular the transition from animal traction to the automobile, with vehicles from Europe and other continents.

Its first-rate collection includes about a hundred horse-drawn vehicles from the 17th to the early 20th century, about thirty automobiles, testifying to the birth of this mode of transport, a section devoted to the history of the cycle, and items illustrating the fields of rail transport, human traction and portage.

The grille of this car is decorated with the two crossed guns forming the brand's emblem. The Hotchkiss company, founded in 1855 by Benjamin Berkeley Hotchkiss (1826-1885) in the United States, was founded in the manufacture of weapons, particularly during the American Civil War. In 1867, Hotchkiss set up a subsidiary of his arms and munitions company in France. In 1901, it manufactured spare parts, and in 1904, it began manufacturing automobiles. After producing luxury cars at the dawn of the 1910s, of which the National Car Museum has a record (Double coupé, interior driving, 1906, Audineau bodywork), Hotchkiss defined itself as a "middle-of-the-road car", appealing to a middle-class clientele that appreciated comfort, quality and discretion.

The AM2 luxury torpedo is part of the "just in the middle" range: a luxury car, but affordable, of high quality, comfortable, solid and reliable. It has seven seats, two of which are on folding seats, recalling a tradition inherited from the horse-drawn carriage.

In the mid-1920s, Hotchkiss revised its production policy and imposed the unique AM and then AM2 chassis. The brand also decided to produce its own bodies, which was quite innovative at the time, as it was still usual to deliver the chassis bare. At the same time, the company started designing soft bodies. Production began in 1923.
Although these cars were very large, with room for up to six or even seven people, their lines remained well balanced. The press was enthusiastic about these cars, which Hotchkiss claimed to be average, even though their equipment was sometimes superior to that of certain luxury vehicles. They were even
presented by some commentators as the best on the market!