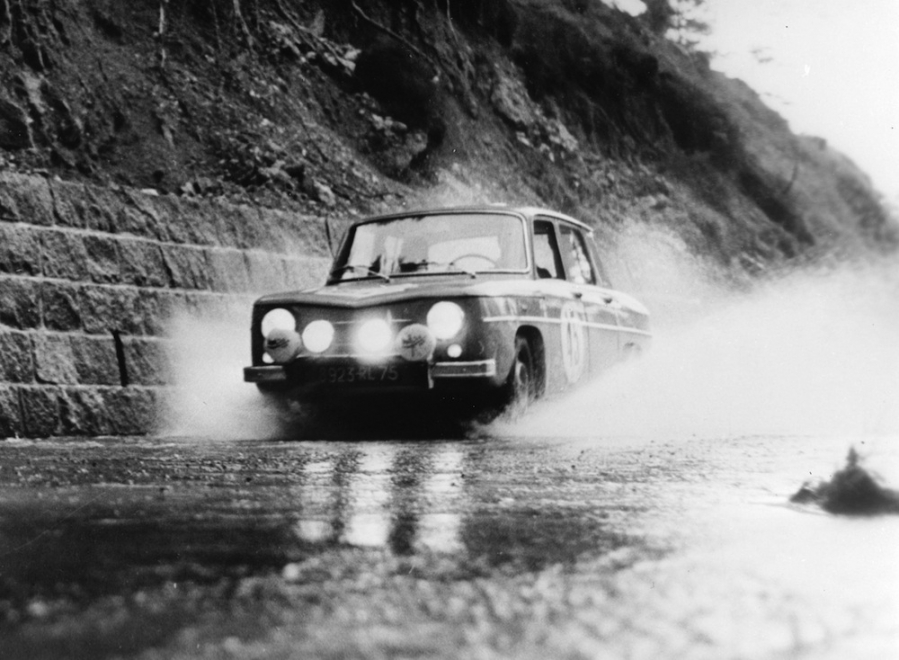 Presaging a famous destiny, Amédée Gordini was born in 1899 in Bazzano, Italy, at the very same time as the extraordinary history of the automobile was writing its first pages. From an early age he was fascinated by all things mechanical, and left school when he was eleven to become an apprentice in a small garage in the Bologna area. Very quickly, his inventive brain was spotted, leading him to begin his career as a mechanic and cross the paths of leading names in the automotive world such as Edoardo Weber and the Maserati brothers.

THE BEGINNING OF THE BIG GORDINI ADVENTURE

Following World War I, Gordini worked on exceptional machines such as Isotta-Fraschini, Bugatti and Hispano-Suiza. In 1925 on his arrival in France, he was taken on by the Italian Cattaneo, who ran a Bugatti and Hispano-Suiza garage in Saint-Cloud. Shortly afterwards, and once he had taken up French nationality, Amédée formed his own company in Suresnes, thus marking the beginning of the big Gordini adventure.

In 1934, he embarked upon a collaboration with Henri-Théodore Pigozzi, the president of the company Simca which built Fiat cars under licence in France. The first Simca Gordini to emerge from the workshop in 1937 was a two-seater built on a Simca Cinq chassis which, with its 570 cc, had a hugely successful career, with :

By 1939, the Gordini name was renowned among all the greats in the auto sport world. Amédée imposed his presence as a manufacturer in many races, including the one just before the ACF Grand Prix at which the small blue cars gave even the powerful Maseratis a run for their money.

Following the upheaval of World War II during which Gordini moved into 69/71 Boulevard Victor in the 15th arrondissement of Paris, opposite the Porte de Versailles exhibition grounds, Gordini, with the support of his sponsor Simca (from 1946 to 1950), made a new single seater entirely of his own design which, with its small 1,100 cc Simca engine, reached a speed of 170 km/h. This mechanical jewel helped him win the Nîmes Grand Prix, the Bol d’Or and the Reims race track title. On a visit to Argentina in 1948, Gordini discovered the talent of Juan-Manuel Fangio, a young racing driver to whom he would give his first opportunity and who would become a five-time World Champion. Fangio, behind the wheel of a Gordini car, won the Marseille Grand Paris in 1949, before competing in the 24 Hours of Le Mans with a Gordini berlinetta.

The next year, deprived of a sponsor, Gordini continued with his design office and 45 employees to build Formula 1, Formula 2 and Sport-Prototype cars that he entered in competitions against the leading racing teams, with accomplishments that included Jean Behra winning in Reims and Pau, beating the Ferraris. Despite his perseverance, Amédée Gordini no longer had the financial wherewithal to compete with the best, and attempted to compensate for the fact by reusing the 4, 6 and 8-cylinder engines from previous seasons.

In 1957, and with his morale and finances at rock bottom, Amédée Gordini retired from competition after more than 600 races, and shut down his production of racing cars of which only 33 chassis of different types had been made. Fortunately, the Régie Nationale Renault had invited him the previous year from to work on the development and creation of racing engines. This collaboration lasted 17 years, beginning in 1957 with the Dauphine Gordini, while 1964 marked the start of the career of the legendary R8 Gordini. Subsequently, the 1970s saw the success of Alpine Gordinis, culminating in 1974 with the Renault 12 Gordini, the last to be bewitched by “the Sorcerer”. In 1978 Amédée Gordini had the immense satisfaction of witnessing the victory of an Alpine V6 at the 24 Hours of Le Mans. He had worked on the design and architecture of this V6 engine in 1970, on which his name had remained inscribed ever since.

The exhibition will consist of the following vehicles:

From the first to the last Gordini. This first-time exhibition is organised with the support of :