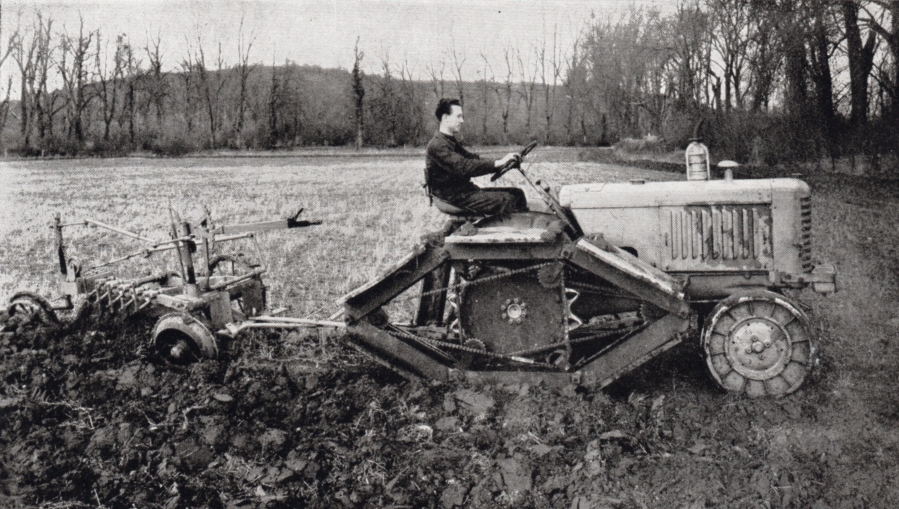 Tractors : at the heart of automobile history

The grand premier in the show’s history where Rétromobile in partnership with Prevost et Premat will unveil thirty tractors representing 11 existing historic manufactures during this 45th event.

The 007 Aston Martin DB5, the first armoured French model, the T100 Berliet: the Rétromobile Show continues to surprise its visitors year in year out with ever more amazing exhibitions and animations. The 2020 event will not be hiding in the shadows with an exceptional thirty tractors exhibition a number of which are centurions.

Rétromobile has provided numerous exhibitions on the history of the locomotion over the past 44 years. Most of the iconic models from an automobile perspective have been exhibited, whether they be racing, prestigious, exceptional or mass produced vehicles. Some of the machines have remained out of the limelight even though they were playing a vital role in men’s lives: agricultural tractors.

The tractor was developed in France with agricultural motorisation to follow after the First World War, Peugeot, Renault and Citroën saw an opportunity to maintain the activity of their weapons plants.

This year, 11 automobile constructors and the newest lorry models will exhibit about thirty agricultural tractors some of which are over a hundred years old. Some of these models which are being exhibited are rare tractors which have never been on show before. This exceptional event, which is the Grande Premiere in the show’s history has been organised jointly by automobile constructors, several museums and private collectors who knew how to preserve this heritage symbolising grafting on the land.

Citroen will exhibit two Type J tractor prototypes for the first time, including one replica which was only rediscovered a few years ago and which was kept in its original condition, the first having been restored by the Citroen conservatoire. It was designed immediately after the Second World War and these small four-wheel drive models were tested between 1946 and 1947 before the tractor project was finally halted.

Three tractors will have the important mission of representing the prestigious Stuttgart manufacturer, Porsche, including a rare P312 “café tractor”. It is also nicknamed “The Locomotive”, because of its incredible “streamline” bodywork, which is worthy of futuristic illustrations and comics from the 1930s to the 1950s, while the P312 was allowed to pass through the lines of coffee trees in the Brazilian plantations without causing any damage to them.

Renault will put in a historic appearance in the agricultural world with four HI caterpillar models dating back to 1920 as well as with one 3042 model from the 1950s, equipped with the particularly “exotic” Rotapede system with special rear caterpillars and large metallic pads.

Other big names from the automobile sector will be present to talk about their fascinating adventure in the agricultural world with various emblematic or rare models from the history of the tractor: Volvo, Lamborghini, Alfa-Romeo, Mercedes, Fiat, MAN, and without forgetting Aston Martin whose prestige and history are most certainly linked to the initials of its founder, DB, David Brown, who is also considered to be among the largest British and global tractor manufacturers.

A big THANK YOU to everyone who participated in this exceptional event: The Citroën Conservatoire, the Maurice Dufresne Museum, the Compa, the agricultural conservatoire, the Charolais Agricultural Museum, The Gascogne Rural Conservatoire, PREVOST and PREMAT transport. It was possible to organise this event thanks to the vital involvement of a number of clubs and collectors throughout France and Belgium, who are guardians of this valuable heritage.

This extraordinary tractor staging event is without a question one of the most eagerly anticipated exhibitions of the 2020 show. We will see you on 5th February 2020 to discover these jewels of agricultural machinery !