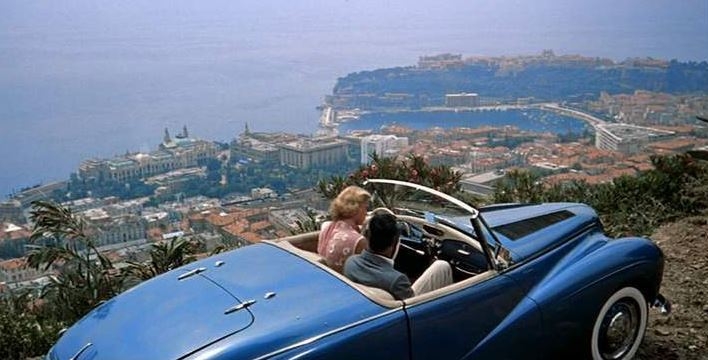 In 1899, British manufacturer Sunbeam which had been making bicycles since 1887, built its first prototype 4 hp belt-drive car. Thus was born the Sunbeam Motor Car Company Limited. Right from the outset, the make was known for the quality of its builds.

The Sunbeam Alpine is a two-seater convertible coupé built by the UK manufacturer between 1953 and 1955, and then again between 1959 and 1968. The Alpine was derived from the Sunbeam-Talbot 90 Saloon, colloquially known as the «Talbot» Alpine. On its first competitive outing – the 1953 Coupe des Alpes – the new car won the Coupe des Dames with Sheila van Damm at its wheel. Of the 1582 cars built, fewer than 200 still survive today.

The MK1 Sunbeam Alpine was popularised in 1955 by Alfred Hitchcock in "To Catch a Thief". Grace Kelly – at the wheel of this superb sapphire blue Alpine – and Cary Grant are seen speeding through the French Riviera followed by a black Citroën Traction driven by the French police. Then once the Citroën has come off the road, the Sunbeam comes to a stop on an overhang overlooking Monaco. There is a rare elegance underpinning the whole scene.

The car on show at the 45th Rétromobile at the Top Marques Monaco stand is a rare left-hand drive vehicle, identical to the one seen in the film. Purchased in 2012 by Prince Albert II of Monaco, it was restored in the Collection workshop so as to look like an exact replica of the Sunbeam Alpine registered in 1953 in France’s Alpes-Maritime, which has sadly been filed as missing by the vehicle registration service..