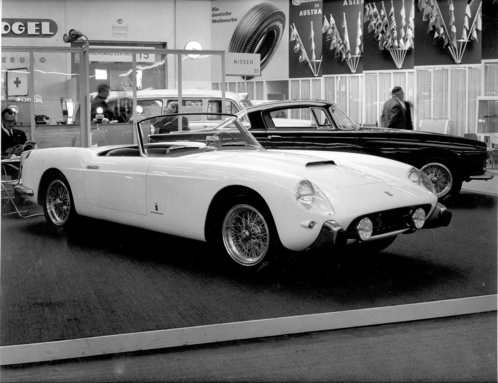 Some magnificent models will be on show at the Tradex stand (Hall 1, stand N 042)

This Ferrari was shown at the Frankfurt Motor Show. It was the first German show at which the Italian make was showcased. It was also presented to the president of the Federal Republic of Germany by racing driver Wolfgang von Trips.

In 1963, Enzo Ferrari bought a Peugeot 404 for the Scuderia Ferrari racing division which remained king of the racing circuits for years.

The Ferrari 643 drove by Jean Alesi