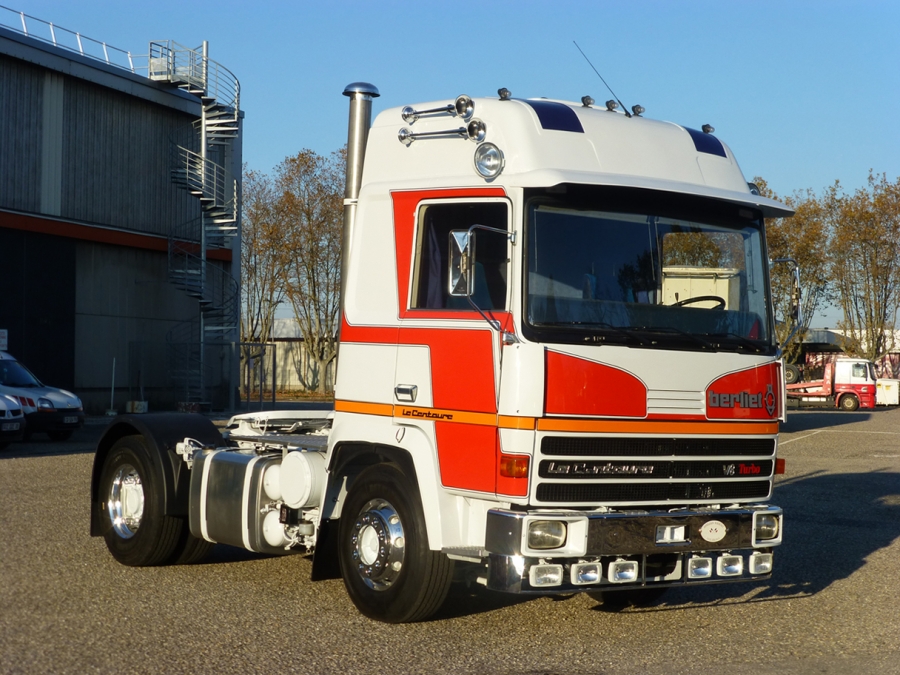 For the 43rd edition of Rétromobile, the Berliet Foundation is presenting the “Centaur”, a Berliet maxi-code roadtractor which caused quite a commotion among professionals and the general public alike at the 1978 Paris Motor Show.

"What on Earth does this truck have that so inspires the crowds so that next to it, cars just look unbearably sad?" wondered Auto-Journal on 12 March 1979.

“The Centaur”, based on a Berliet 350 tractor, features innovative aesthetics and outstanding comfort, making for a gleaming high-end long-haul truck, a forerunner of the 21st-century models that most builders have since adopted.

Optionally, the passenger compartment is boldly fitted out with a host of refined features, providing the driver with outstanding comfort and room to relax: kitchenette, refrigerator, cooker, mini-shower and sleeping bunks on a mezzanine level. This elevated cab stayed in production until 1990.