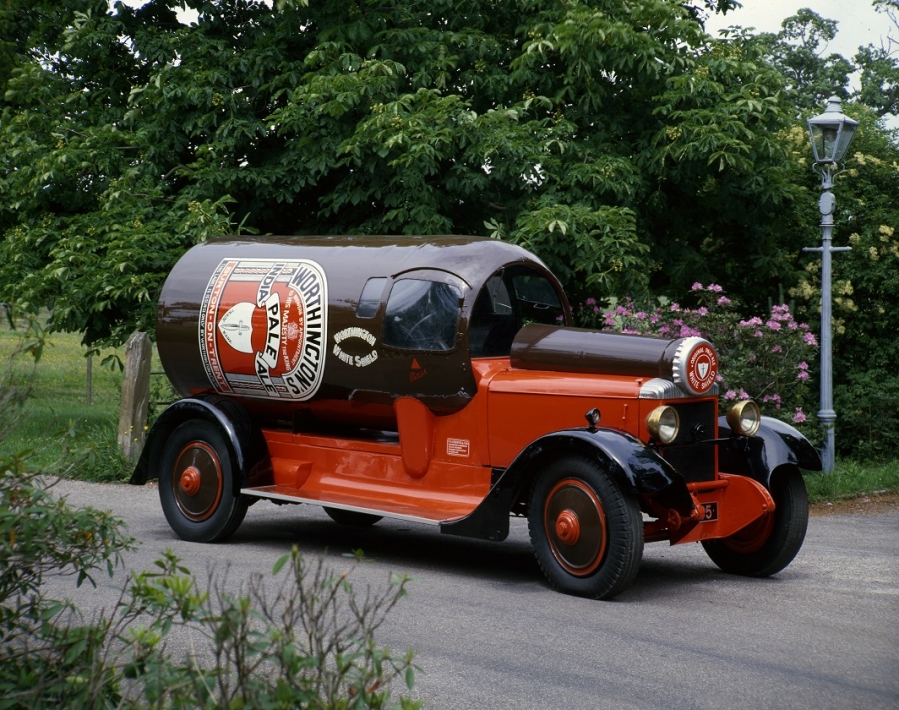 This highly unusual vehicle is one of five bottle cars designed by the Worthington Brewery in the early 1920s. They were built on sturdy Daimler 30 hp chassis. In 1927, Worthington merged with Bass, and they continued to use their bottle cars to promote both brands. These curious vehicles criss-crossed England's roads for practically 50 years, always delivering the same message:

"On ordinary give-and-take roads, it is all that anyone needs"

They were initially powered by 6-cylinder Knight sleeve-valve engines.  But after thousands of miles of wear and because of the lack of available spare parts, they were eventually replaced just after the end of the Second World War by Bedford engines that were easier to maintain. Daimler's Bottle Cars continued to promote the Bass-Worthington Brewery until 1958.