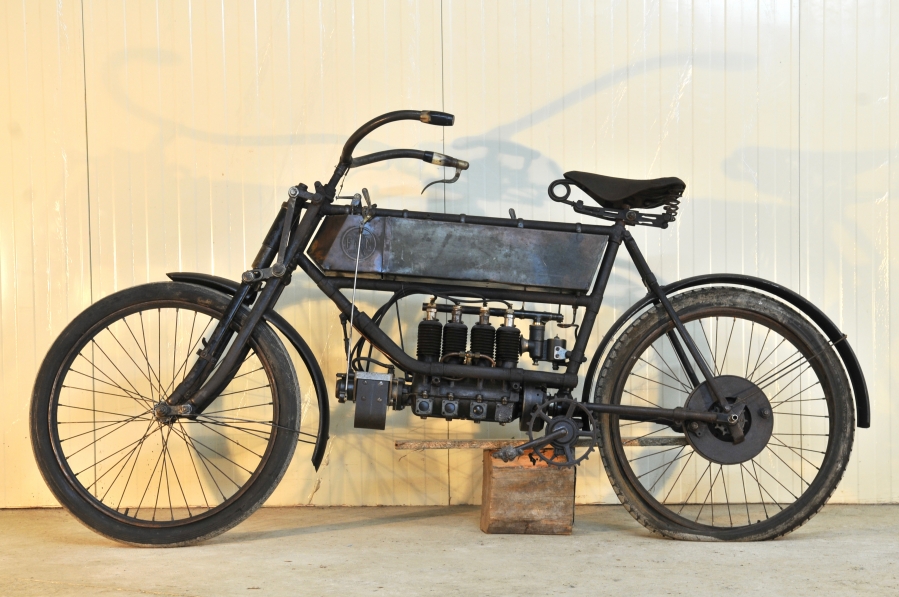 Belonging to a French enthusiast who started collecting in the 1960s, the collection comprises nearly 80 pioneer, veteran and vintage machines. Many of the bikes date pre-date World War One, and the majority are unique. They offer a fantastic testimony to the early days of the motorcycle. Based in Thiers, the knife-making capital of France, old motorcycles often found their way to the region to be dismantled so that the metal could be melted and re-cycled to make knives. Our collector rescued some rare and very unusual motorcycles from this fate and displayed many of them on the walls like paintings. From early on, he was in touch with the first collectors and enthusiasts including Serge Pozzoli and M. Lefranc, from whom he bought some important pieces. In addition to early French machines, including Perno, Werner, Lamaudiére, Janoir and Majestic, the collection features well-known names, such as Brough Superior and Norton. The entire collection will be offered at no reserve.