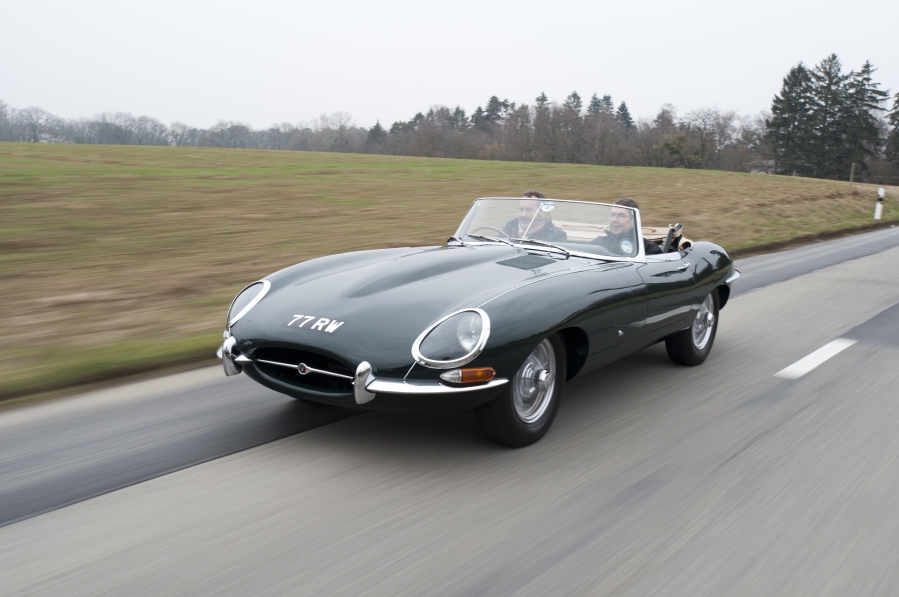 Jaguar and Land Rover: Crazy about all things English!

The current craze that collectors are enjoying for their older models has led to the English auto group becoming involved in the restoration and reproduction of spare parts.

For the first time, Rétromobile had welcomed the Jaguar Land Rover group. Although the group's cars have been on show since the very beginnings of Rétromobile, the English manufacturer has never been officially represented. This has now been rectified – and very stylishly so. Across an area of 400 m², the English group is exhibiting six vehicles and promoting its Heritage business, which involves vehicle restoration, sales of original parts and accessories and vehicle trading.

Not many people know it, but as well as selling six lightweight E-Type Jaguars a few months ago that have exactly the same specifications as the 1963 "4 WPD" model, the manufacturer has not only opened a restoration workshop… it has also started making a number of parts for it again..

The Heritage Parts department is now selling complete sets of bodywork parts for its Series 1 E-Types, as well as a selection of parts for the 2 and 3 Series cars. To dispel any remaining doubts that people might have about the quality of the work being carried out, the manufacturer exhibited an E-Type belonging to a French client in Paris that is currently undergoing restoration at its Brown Lane workshop in Coventry, as well as a freshly restored XJS that looks as new today as it did on the day it first rolled off the production line forty years ago. This 2+2 coupé is for sale, together with a November 1962 Series 1 E Type. Classified as a "found in a barn" category vehicle, it was found in Nevada and has been relatively well preserved. It is on sale in its current restored condition. The catalogue of spare parts bearing the manufacturer's original label features several thousand items and is available for Jaguar and Land Rover vehicles that have been out of production for more than 10 years. This component of its business is showcased by a 12-cylinder E-Type that has been restored to factory condition and a 1979 Range Rover with only 5000 km on the clock since it was first registered.

The work that the Heritage department does also includes promoting the history of Jaguar's involvement in motorsports through its participation in various historical events, such as the Mille Miglia and the Le Mans Classic. In the Sarthe département, Jaguar won seven events between 1951 and 1990. The 6th was won by the XJR-9 LM 488 which is on show in Paris. In 1988, a team made up of Jan Lammers, Johnny Dumfries and Andy Wallace completed 394 laps in 24 hours – a total distance of 5332.79 km. This chassis helped Jaguar to secure the world championship motorsports title. And Wallace won the Drivers' Championship title. Land Rover is still a manufacturer that delivers high-performance: a first-generation Land Rover Freelander drove through 50 countries in 50 days. A model which is now part of the Heritage vehicle category.