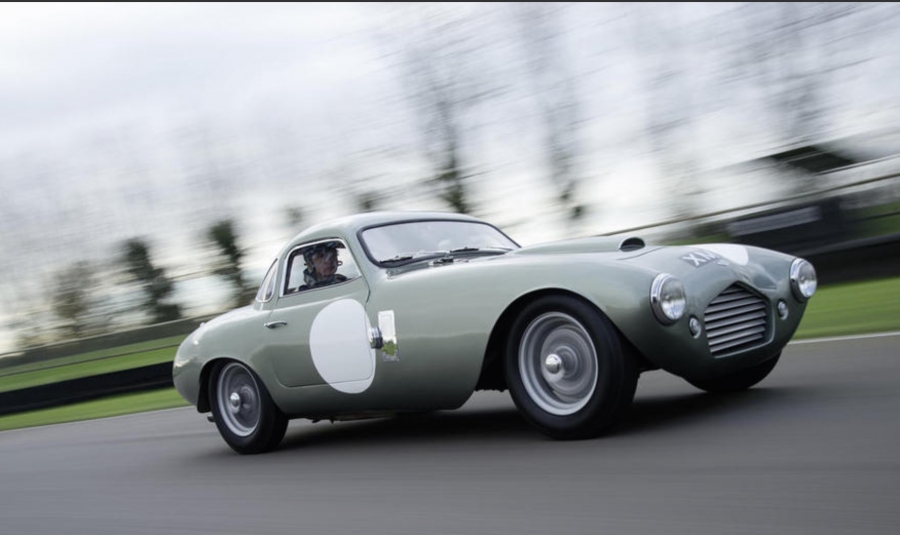 A woman, a collection

Retromobile, a real institution for lovers of motor cars and beautiful old machines, focuses its 41st show on women sharing a universal passion: motor cars and classics. This world, generally considered to be a masculine one, conceals a passionate woman, read on to find out more about her!

With her elegance, smile and communicative enthusiasm, Julia shines forth in this world, which is so often described as very masculine. Equally at ease on her piano stool and the bucket seat of one of the racing cars she drives with such panache, this music lover takes as much pleasure in listening to a Chopin melody as she does in the heavy throb of an eight-cylinder engine! While she has no pretensions to being a great driver, victory for her is "being at the start and being at the finish" - the position does not matter very much.

The fragrance of a perfume from a great couturier enchants her to the same extent as that of methanol or castor oil.

Her passion for cars goes back to her early childhood, and the eclectic choice that guides her collection is often the fruit of chance and random encounters. She likes to say that it is not her who chooses the cars but rather the cars that choose her.

As proof of this, in 1999 she bought the Bugatti 35B that could have been driven by either Elizabeth Juneck or Tazio Nuvolari in its heyday and then realised that all three of them shared the same birthday in November.

Among the cars in the collection, there are no less than three "women's" cars:

Julia offers us the opportunity to share her passion through a representative selection of cars that will be exhibited at Retromobile.