Hellé Nice, dancer and racing driver in the 1930s

An exceptional woman and outstanding racing driver with a glorious but tragic fate, whose memory is now lost in the mists of time.

On 15 December 1900, Alexandrine Bouille was far from imagining that she was giving birth to a future motoring star.

Yet her daughter was destined to shine on the stage and racing circuits alike. This young woman, whose real name was Mariette Hélène Delangle, defied both the stopwatch and the press during her glittering career.

The music of the engine and the taste for speed gripped her at the age of three, during the Paris-Madrid race featuring some great names:  Baron de Rothschild, the Renault brothers, Ettore Bugatti... Although still so young, she watched the high-powered racing cars flying past with admiring eyes. There is a photo immortalising the moment, capturing her beautiful, legendary smile as well. This is when her fate was sealed.

Attractive and sporty, she was quickly spotted and hired as a dancer in a cabaret. Riding high on the crest of the wave, she bought her first car, a Citroën. 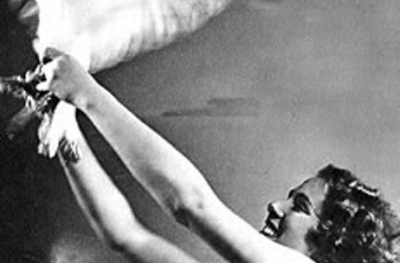 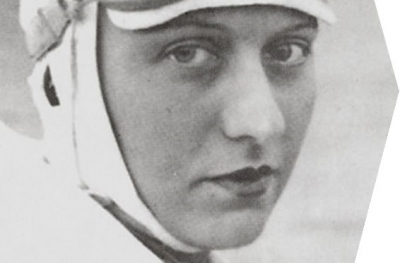 Her dreams became reality, she bathed in glory, became a great lady and rubbed shoulders with the glitterati. She was in the right place at the right time! In this new world, she met the man who would become her most faithful friend, Henri de Courcelles, known as Couc - a great man, former racing driver and recipient of the Croix de Guerre. That’s where it all started. Hellé Nice was intoxicated by speed and the smell of rubber on the racing circuit, and danced to the music of high-powered engines. She combined this passion with her occupation as a dancer, making her name as one of the greatest racing drivers of the day, and experiencing the sumptuous thrill of driving on iconic circuits: Brooklands in England, Monza in Italy, Montlhéry, Le Mans ...

But she was an artiste first, a driver second, and dancing took precedence over driving. She devoted herself to her stage career and orchestrated magnificent romantic revues with classic and comic touches.

In 1927, she was crushed by the loss of her friend Couc. She abandoned show biz. However, it took a skiing accident to bring her back to the motor racing circuits. As a highly eloquent and aspirational woman, she appealed to the motor manufacturers who were keen to woo female customers. 2 June 1929 saw her at Montlhéry for the women’s Grand Prix race.

Marcel Mongin said to Hellé Nice: “Memorise every bend, you need to know the track perfectly and be able to drive it with your eyes closed”.

She knew Montlhéry like the back of her hand. At the wheel of an Omega 6, she came head-to-head with Dominique Ferrand – her greatest rival - driving an Amilcar. Hellé Nice won the race with an average speed of almost 100 kph. Bugatti noticed her and lent her a T43A, in which she set a new record – one not even a man had ever achieved! Bugatti then allocated her the 35C, the envy of every driver, even the greatest. A new record of 194 kph. Exploit after exploit. She was feted by all and raced on the world’s greatest circuits in Bugattis, Millers, Alfa Romeos and Alfa Monzas. 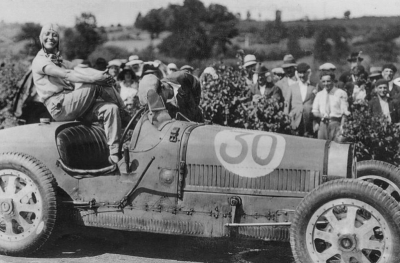 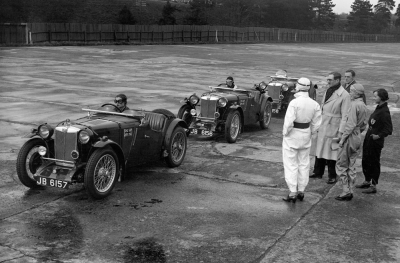 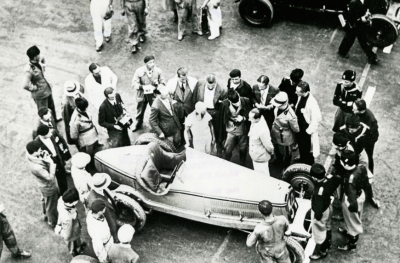 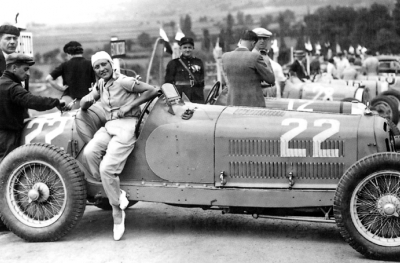 Sadly though, she suffered a very serious accident on the track during the Brazilian Grand Prix on 13 July 1936. Shortly afterwards, one of her greatest friends lost his life. That was the beginning of the end. War came. After the Armistice she was accused of having been a Gestapo agent, which ended her career, her life … the shooting star burnt out and she faded from the spotlight into obscurity.