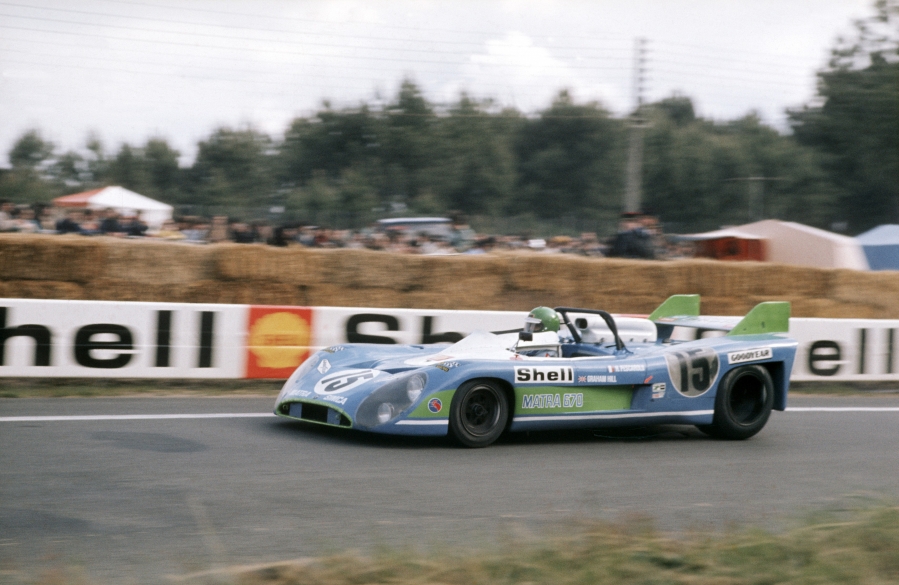 The Matra, winner of the 1972 Le Mans 24-hour race, is under consignment to Artcurial Motorcars for the Auction sale "La Parisienne"

The premier rendezvous for car enthusiasts, Retromobile, will take place on February 5 2021 at "La Parisienne"

Paris - With engines warming up for the Le Mans 24 Hour race taking place this weekend, the Lagardère Group and Artcurial Motorcars are pleased to announce that one of the most exceptional prototypes in the history of the world-famous Le Mans race will be offered at auction early next year.

This flagship French race car with a place in international motor racing history is owned by the Lagardère Group and has been conserved at the Musée Matra in Romorantin since its last race in 1973.

Presented today in its 1973 Le Mans 24 Hours configuration, chassis 001 is the car that won the most famous race in the world in 1972, entered as number 15. At the wheel were two distinguished drivers, Henri Pescarolo and Graham Hill, who crossed the finish line to the applause of a jubilant crowd !

Mr Thierry Funck-Brentano, co-managing partner of the Lagardère Group comments on this decision:

« Our wonderful memories of MATRA’s part in motor racing history are no compensation for the Lagardère Group’s obligation to honour the consequences of an unfavourable court ruling in January 2020 in a social law case involving MATRA AUTOMOBILE, 18 years after it closed. Hence the decision to offer at auction, in total transparency, the 1972 Le Mans 24 Hour-winning MATRA. »

« This Matra MS670 represents the Holy Grail for all collectors of competition cars. It has the ultimate race history having won the most famous race in the world, the best provenance, having never left the hands of its creators, the Lagardère Group, superb styling and one of the best engines ever built: the Matra V12 ! »

Jean-Luc Lagardère asserted that within 10 years, Matra would win the Formula 1 World Championship and the Le Mans 24 Hours, the two most prestigious titles in motor racing. Not only would his prediction prove to be correct, but he went further by also winning the Constructors’ World Championship.

A brilliant leader, Jean-Luc Lagardère knew how to galvanise his team and surrounded himself with a group of drivers who were adored by the public. With Beltoise, Jaussaud, Pescarolo, Larrousse, Servoz-Gavin and Cevert, French colours shone brightly once more at the highest level of motorsport.

All that remained was Le Mans. During the second half of the 1960s, this event was dominated by Ford, Porsche and Ferrari. The Matra-BRMs made their appearance in 1966 and by 1972, the MS 670 had reached maturity. Superbly streamlined, it was powered by the celebrated and symphonic-sounding V12 Matra engine. The marque entered four cars, and the Matra driven by Henri Pescarolo and Graham Hill, chassis 001, having lapped with the regularity of a metronome, crossed the finish line victorious, to the cheers of an ecstatic crowd! The excitement increased as second place went to another Matra, driven by François Cevert and Howden Ganley. This was the first 100% French victory since Louis Rosier had won in his Talbot in 1951. In addition, it was a fantastic achievement for Graham Hill who won the triple crown (Monaco, Indianapolis, Le Mans 24 Hours). He remains the only driver to this day to have done this. The MS 670 was an outstanding car and Matra went on to win the famous 24-Hour race twice more, in 1973 and 1974, before Jean-Luc Lagardère decided to give up motor racing.

This incredible adventure, like a shooting star in the firmament of French motorsport, has no equivalent. José Rosinski, the talented journalist writing for Sport Auto, said the Matra story « represents one of the most glorious chapters in the annals of French Motorsport ». Enough said.