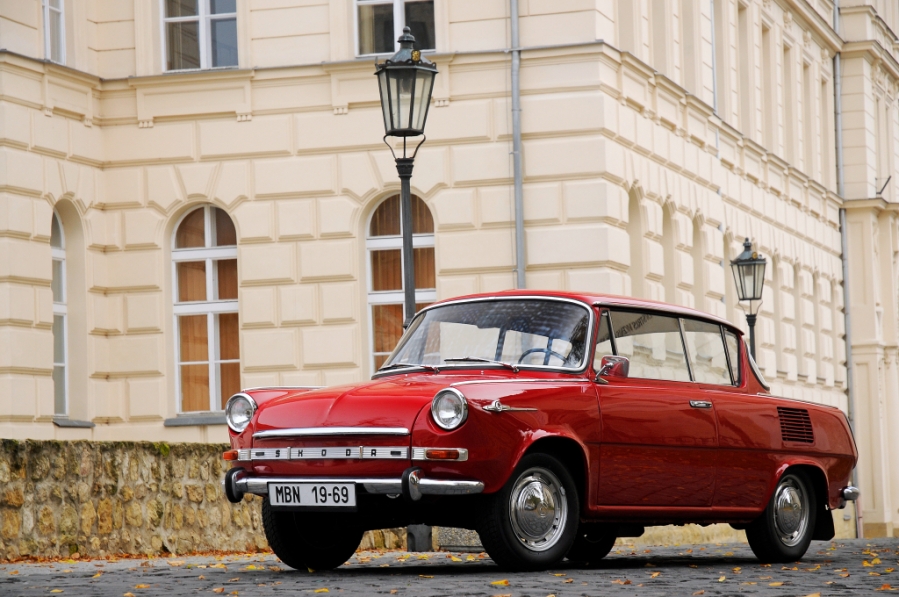 Back at Retromobile, the Czech does not want anybody to forget that it was one of the automotive industry's pioneers.

On the list of centenary manufacturers, Škoda's name is written in gold. As was often the case back then, the brand resulted from the merger of several smaller companies. Václav Laurin and Václav Klement were manufacturing bicycles and motorcycles under the Slavia brand as early as 1895. Then at the start of the 20th century, they started producing cars. In 1925, Škoda – founded by engineer Emil Škoda – purchased Laurin & Klement. The company's headquarters was set up in Mladá Boleslav. Škoda Works played a part in the war effort, producing military equipment, machine tools, locomotives and aeroplane engines. Škoda's automotive division was created in 1919 and then made the news five years later by purchasing a licence to produce the lightning-fast H6B from Hispano-Suiza. At the end of the war, Škoda focused its efforts on four models, the names of which have echoed through the decades: the Rapid, the Favorit, the Popular and the Superb. The Škoda Superb featured a straight-six engine. After the war, its history became intertwined with those of Eastern block countries. Production started to focus mainly on popular models. But this did not stop it winning a number of motorsports titles in the 1970s with saloons and coupés in its 100/110 series. The fall of the Berlin Wall catapulted Eastern Europe into a new era. In 1991, Škoda became part of the Volkswagen group.