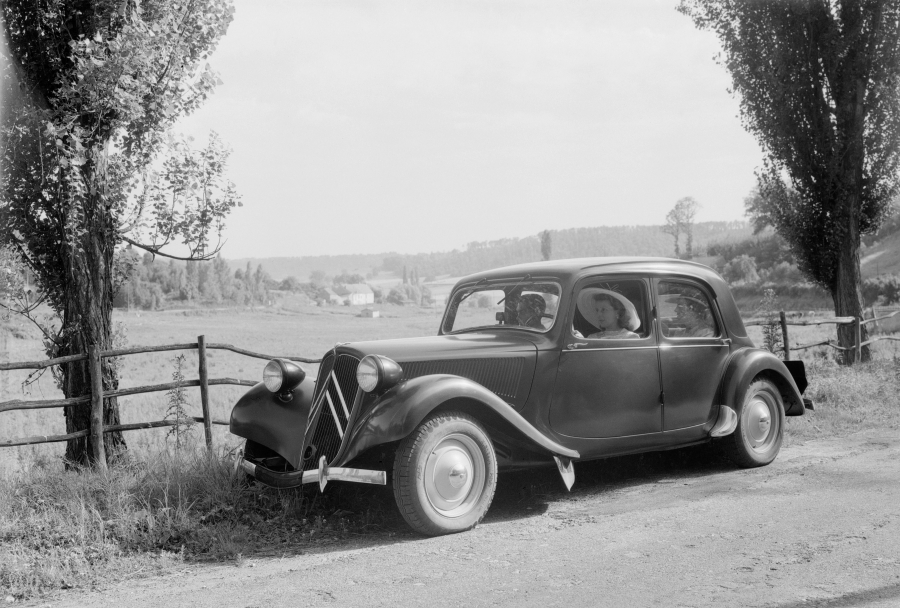 The history of the Citroën brand is the tale of a visionary carmaker. The man who created the company, André Citroën, revolutionised French automotive manufacturing, drawing inspiration from the American model of mass production, and thus helping to popularise the car in France and across Europe. Today, the brand continues along this same path, consistently demonstrating its ability to stay relevant and innovative.

This year, the 44th Rétromobile classic car show will celebrate the 100th anniversary of the jewel in the crown of France’s car industry.

Now a hundred years old, Citroën’s history began in Poland, where André Citroën, having graduated from the École Polytechnique engineering school in Paris, purchased the patent for a set of gears in which the teeth formed an inverted V shape – some years later, this would go on to inspire the famous Citroën logo. His small Paris workshop soon became a success, with clients which included Skoda and the Mors automobile factory. 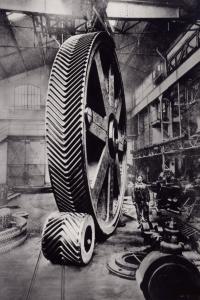 The Great War and the new Javel factory

During his mobilisation with the artillery regiment in World War I, André Citroën submitted a proposal to the government: build a munitions factory capable of producing up to 20,000 shells a day. It took just six weeks to raise the factory at a now famous address: Quai de Javel. The results were spectacular. Thanks to the machine tools he imported from the United States, André Citroën quickly doubled his production targets.

The birth of an iconic French brand

After the Armistice was signed, the factory was inevitably converted into a car manufacturing plant and in January 1919, the brand announced the launch of “France’s first mass-produced car”: the 10 HP Type A emerged from the factory on 4 June 1919. Undeniably modern, Citroën drew inspiration from Ford in America and a new industrial revolution got under way in France. Mass production meant that André Citroën was able to lower the cost price of his vehicles, and could therefore sell them more cheaply and increase his employees’ salaries. In doing so, he helped to popularise the car in France. Within the space of four years, the brand became the largest carmaker in Europe. From 1929 onwards, a number of new factories were built in the Paris suburbs, and Citroën reached an output of 100,000 vehicles per year – quite a feat for the period!

Citroën is not just a car manufacturer. The brand has also been a maker of dreams through its imaginative publicity campaigns. It started with expeditions organised across the world in order to promote the brand abroad: first Africa, with the Sahara Crossing (1922–1923) and the Croisière Noire (1924–1925), then the Croisière Jaune in Asia (1931–1932), and finally the Croisière Blanche across Canada in the mid-1930s. In each case, it was the Citroën B2 and later the C4 and C6 half-track vehicles that embarked on these adventures to conquer different continents. Having revolutionised the car market, André Citroën pushed advertising into a new era! For almost a decade, he took over the Eiffel Tower, lighting it up with his name using 250,000 electric lightbulbs. 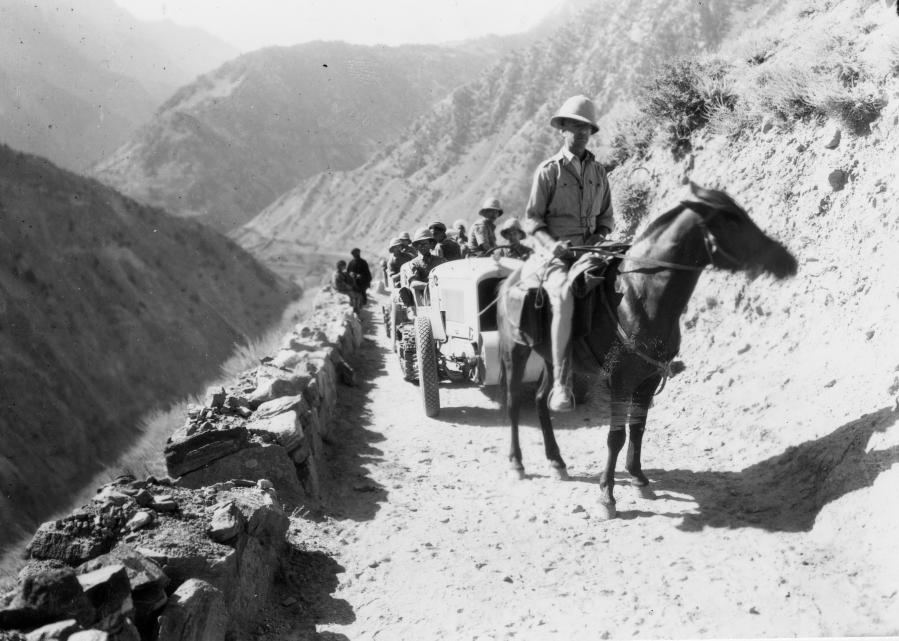 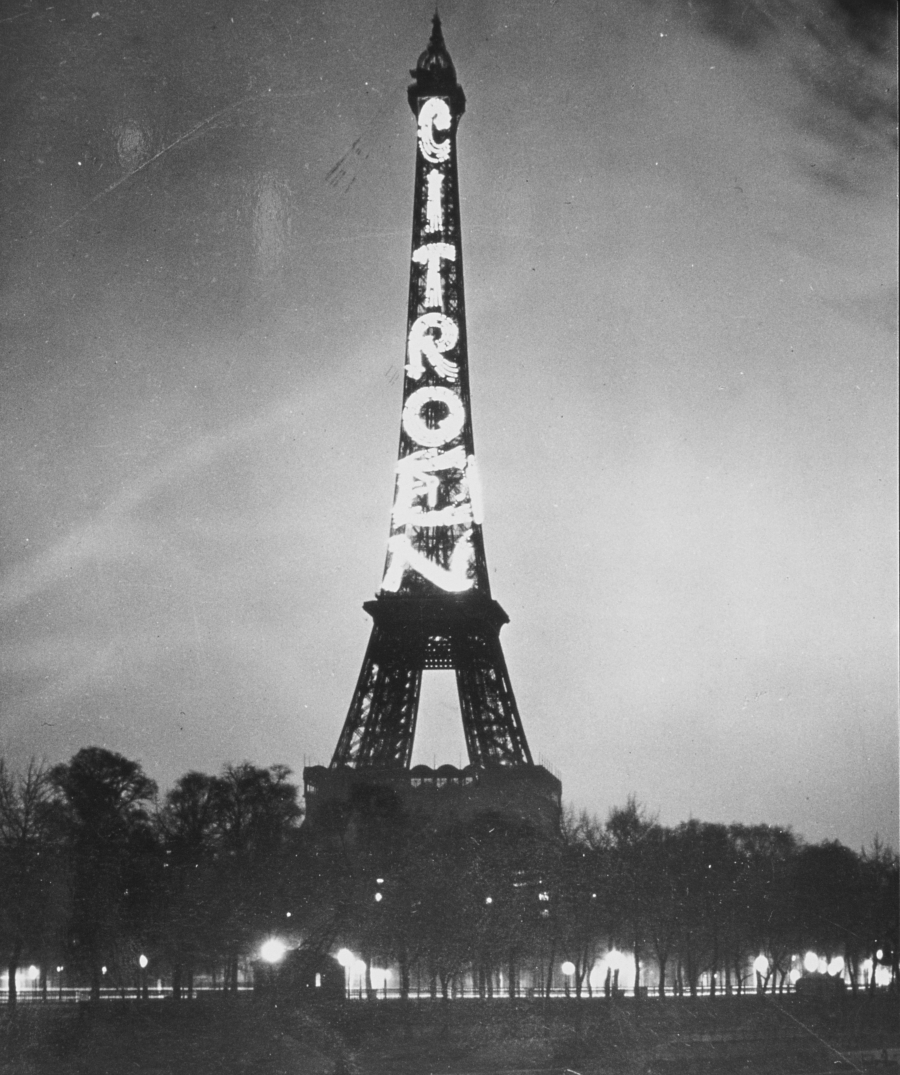 The Great Depression of 1929 did not spare Citroën. Orders fell, and the company had to repay the 147 million francs it had borrowed to modernise the Javel factory. In barely six months, the Traction Avant, a revolutionary new front-wheel drive model, was developed and designed by André Lefebvre and Italian designer Flaminio Bertoni. Launched prematurely in 1934, it went on to become a fixture in France, inundating the country’s roads for 23 years. This was not sufficient, however, to clear the brand’s debts and Michelin took control of Citroën in February 1934. This change of direction was marked by the departure of the company’s founder the following year. The new shareholder embarked on a major restructuring: staff numbers were cut from 25,000 to 11,500 and salaries were reduced. But this made no dent in the innovative reputation of the brand, which launched two iconic small cars: the Type H in 1947 and the 2CV in 1948. 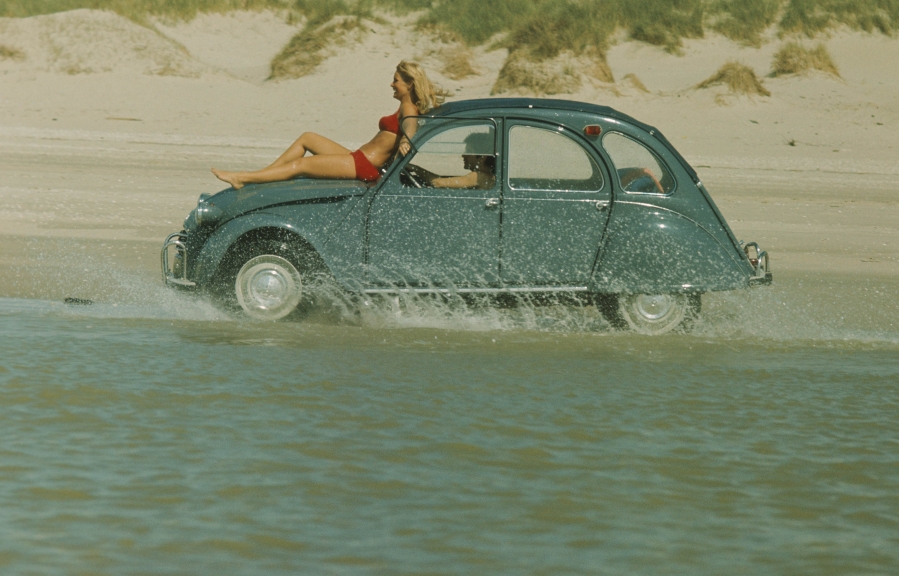 In accordance with the five-year plan for the car industry following France’s liberation, Citroën was forced to stop designing small cars. The brand had to reinvent itself once again. A product of the mass-market project, Citroën’s first saloon, the DS, was unveiled in 1955. It was a model which allowed the double-chevronned brand to defy all competition, and the carmaker did not stop there, releasing the SM coupé in 1970 – a masterpiece of technology and power with a V6 engine that propelled it to speeds of up to 200 kilometres an hour. 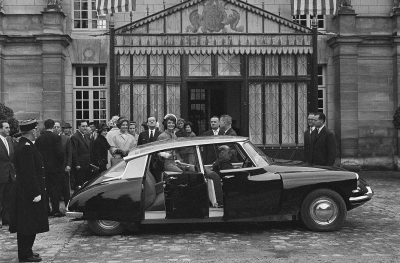 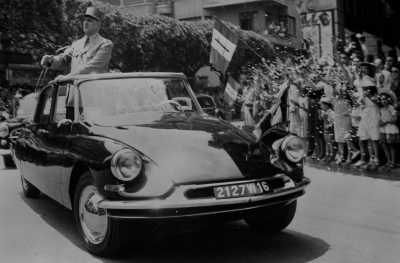 In the late 1960s, Citroën was plagued by a fresh crisis, which culminated in the company’s emergency rescue by Peugeot. And so the PSA Peugeot Citroën group was born, but the 1970s and 1980s did not bring resounding success and were marked by numerous tensions. With a strong foothold of its own, the Franche-Comté firm overshadowed Citroën. It was not until 1997, when a new leader, Jean-Martin Folz, took the helm, that Citroën regained its independence. A new line of DS models was designed, and the brand enjoyed enormous success with the public. Sébastien Loeb’s repeated victories in competition have also helped to return Citroën to its former splendour.