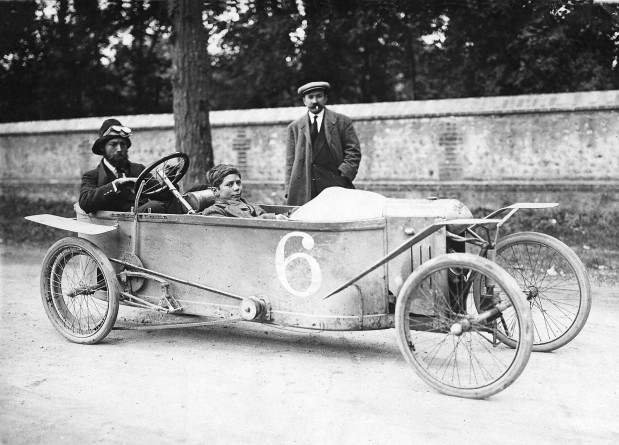 The Vintage revival, the “Friends of Bédélia” club and Transports Prevost will be organizing a highly unusual exhibition for visitors at the 2019 Retromobile – all about the Bédélia make! Car enthusiasts will get to see an outstanding presentation about the eponymous manufacturer.

The World's largest gathering of Bedelia

For the 44th edition of the Show, the Vintage Revival has placed the emphasis on the atypical. Never before seen at Rétromobile, no fewer than 14 of the 18 still-existing models will be on show over 250 m². It will be the world's largest gathering of Bedelia vehicles as part of a completely original exhibition. From the ambulance model to the competition model, it will be an opportunity to view examples of this exceptional make designed by Robert Bourbeau and Henri Devaux.

Bedelia – the unlikely history of an unusual car

In 1907, Robert Bourbeau and Henri Devaux were 18 years old and loved riding around on their old backfiring motorbike. But alas, one of their escapades resulted in an accident. Nobody was harmed, but their beloved motorbike was a write-off. Completely penniless and unable to have it repaired, Robert and Henri decided to build their own with whatever they had to hand. The two students, who were studying at the Paris institute of industrial electrical and mechanical engineering, got to work and quickly came up with a somewhat original vehicle: a sort of cross between a wingless aeroplane and a motorcycle. Their ingenious DIY project was powered by the old engine of their crippled motorcycle. The narrow fuselage could carry two passengers in tandem, with the passenger seated at the front, while the pilot sat in the rear. The rest of the vehicle was made up of numerous miscellaneous components that they had recovered from here and there.

Basic and extremely simple, not only could the vehicle drive… oddly enough, it could also attract… customers!

A surprising outcome for this vehicle that had not been designed with any commercial purpose in mind, but which gradually found itself becoming extremely popular! Henri Devaux’s agreed to finance the mass-production of this curious brick-and-back car. And that was how – back in 1908 – a couple of engineers became pioneers of the extremely light, popular and inexpensive “cyclecar”concept in France. The unlikely car was named “Bédélia”, a name made up of the young engineers' initials. As well as being original, the cyclecar proved more successful than many of its rivals: because its design was so simple, it worked well.
That was how the Bédélia make started: drawing on excellent advertising that showcased its numerous victories at races, some 3000 of these highly exotic vehicles were produced.

On 11 and 12 May 2019, for the second year in a row, Retromobile will be at the Vintage Revival Monthléry show. Every year, car enthusiasts head to the legendary Linas Montlhéry racetrack for this top event that features pre-war cars and motorcycles.