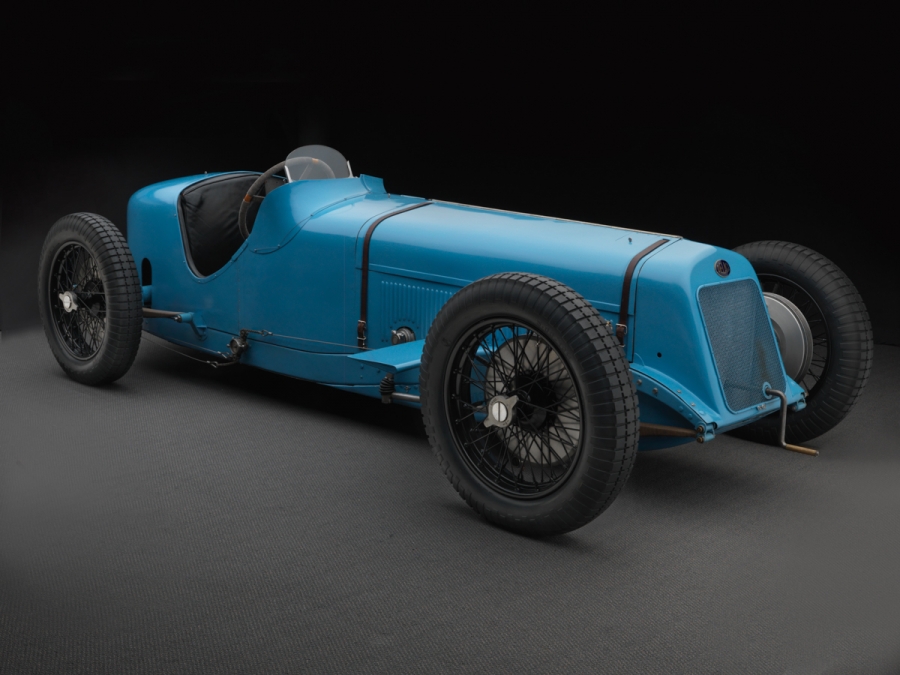 Going up against Bugatti and Talbot, Robert Benoist and his Delage 1500 triumphed in all of the season's Grand Prix events (Montlhéry, San Sebastian, Monza and Brooklands), earning the manufacturer the World Champion of Car Builders title.

Louis Delage had gone to every effort to turn the 1926 two-seater Grand Prix – which was already extremely powerful – into an absolute winner. Albert Lory – the car's designer – had made yet more improvements to what was already his masterpiece. The 8-cylinder 1500 cc engine was a mechanical marvel, designed with all the precision of a timepiece. With its twincam straight eight and its roller bearing mounted mobile parts, it could deliver more than 100 HP/litre and could reach 8500 rpm – more than what any other engine was capable of at the time.

For the 1927 season, Delage had built four cars and five engines, numbered 1 to 4, and 1 to 5, respectively. In 1936, at the request of Prince Chula on behalf of his cousin Prince Bira – a brilliant private racing car driver – Lory designed two other chassis providing an independent front wheel suspension system. Built in the UK, these were named "GP5" and "GP6", in accordance with convention. So in total, six cars were built. But the two "families" to which they belonged (1927 and 1936) were never reunited.

What this means is that what Rétromobile 2017 is planning to do is a first: exhibit these six outstanding cars together for the first time.

They were all successfull and the last ones produced even continued to race up until the early 1950s – evidence of just how ahead of their time these machines were. In fact, the last incarnation of the Delage Grand Prix raced against the very first Ferraris!

Here is a brief summary of their unusual history:

• No. 1 is currently the best preserved which never had an accident and still has its original bodywork. In 1927, Delage entrusted the car to Divo, and in 1929, it took part in the very first Monaco Grand Prix. It is fitted with engine no.5, and having previously belonged to Briggs Cunningham, is now part of the American Collier Collection The Collier Collection @ The Revs Institute®

• No. 2 is the "laboratory car" which Robert Benoist drove in the first race of the 1927 season – the Montlhéry Grand Prix d’Ouverture. She set a Class F (1500 cc) world 24 hours record at Montlhery in 1932 when it was already 6 years old. Over the years, both the engine and the bodywork were replaced.  It is currently on show at the Brooklands Museum, in the UK: Brooklands Museum

• No. 3 is the car in which Robert Benoist won several races in 1927, which provide to Delage the world championship title. Built around engine no. 4, it was seriously damaged by Lord Howe in 1932.  Christophe Pund, who planned to give back n°3 to life, will display on the stand all the original parts he reunited.

• No. 4 driven by André Morel in 1927, was taken to the US in 1929 to be raced by Louis Chiron in the Indianapolis 500. Once it returned to the UK, it was modified by Dick Seaman who allowed himself the satisfaction of winning the new ERA in numerous races. Fitted with engine no. 3, it was once part of Serge Pozzoli’s collection and currently belongs to the "Peter Giddings collection".

• The GP5 was ordered by Prince Chula for his cousin Bira who owned three Delage 1500s at the same time in the 1930s. It was built around engine no. 2, together with bodywork panels. Prince Bira raced it from 1937 up to 1946 in the Geneva Grand Prix. It is currently part of Jean-Claude Miloé’s collection.

• The GP6 raced at Goodwood in 1949 with a Delage engine. At the time, it sported the Rob Walker Racing Team colours and, following an engine failure, was fitted with an ERA model in 1950, earning it the nickname "ERA Delage". It continued racing up until 1952, going up against the first Ferraris and raced in 2016 at Laguna Seca and won its class. It is currently on show at the Peter Mullin Museum in California: Mullin Automotive Museum

Photography by Peter Harholdt, courtesy of The Revs Institute®