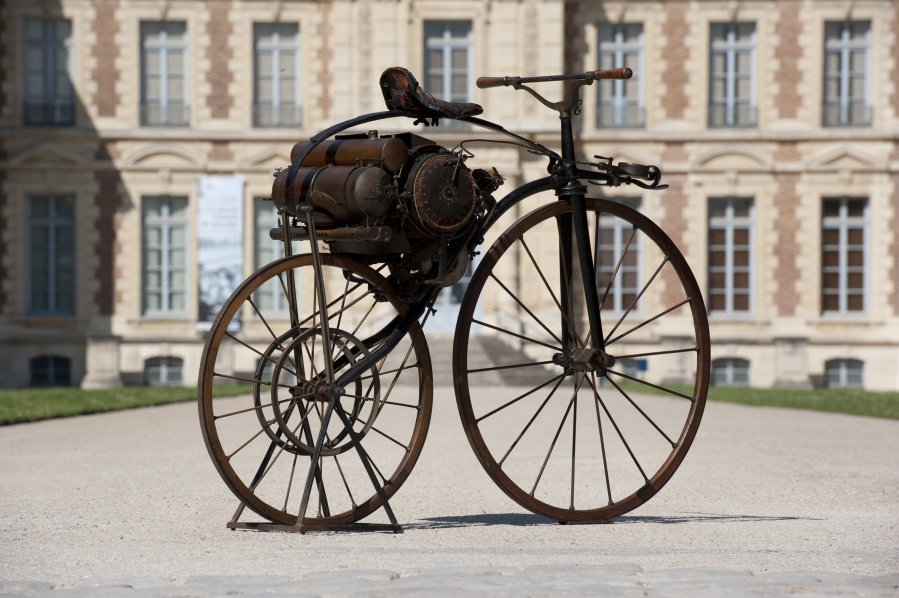 From the 1871 Perreaux to the 2017 Midual. Previously unseen, 100% French motorcycles were showcased at the 2017 Rétromobile.

Motorcycles were invented in France and the machines we built dominated the world right at the start of the 20th century.

The very first steam-powered velocipedes to be sold were built and patented in 1871 by Louis Guillaume Perreaux and, very soon after, motorcycles were all the rage.

In 1898, the Werner Brothers were credited with the first use of the word "Motocyclette” – the name they used for their first model.

From major manufacturers such as Terrot, Peugeot or Gnome & Rhône, to France's early craftsman, nearly 1000 brands have seen the light of day;Rétromobile will be bringing together some of the finest truly French inventions at this year's show.

Museums, collectors, motorcycle drivers and historians will all be sharing their love of these machines. The central exhibition area and the clubs will feature thirty or so unique models – from the first to the very latest French motorcycles.

This unique exhibition – which heralded the motorcycle's return to Rétromobile – had been made possible thanks to the involvement of the Henri Malartre Museum in Lyon, the Sceaux regional museum, the Aventure Peugeot Museum and collectors' clubs. Many thanks also to :