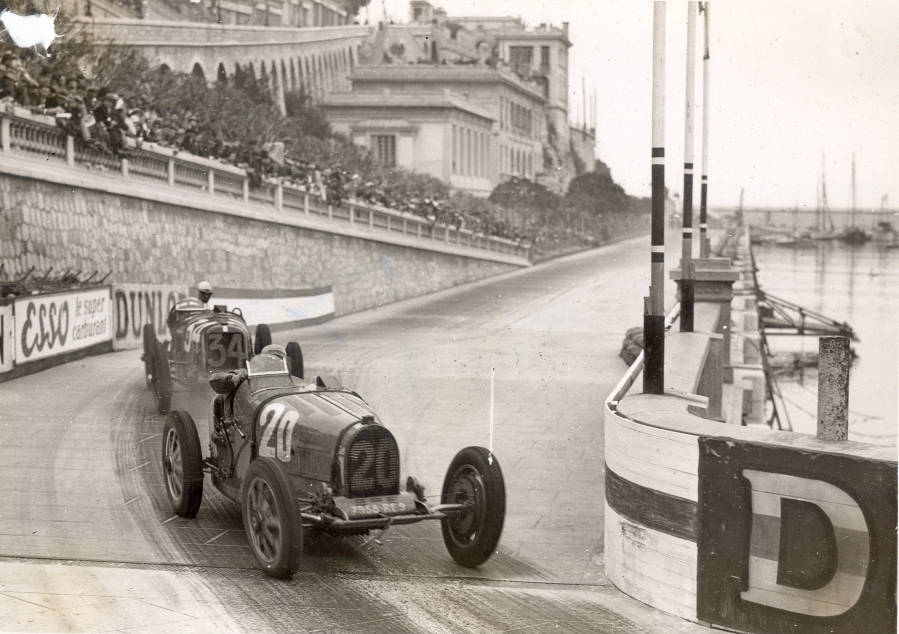 The auction house can reveal that the star of the 2019 sale will be the ex-Trintignant 1931 Bugatti Type 51 chassis #51128 that finished 6th in the 1932 Monaco Grand Prix driven by Marcel Lehoux. An historic race car coming from a major European private collection.

PARIS – Salon Rétromobile, held annually in Paris in early February, has become the European equivalent of the Pebble Beach week of sales held every summer in the US. The Artcurial Motorcars sale has been the highly anticipated highlight of this show since 2011, becoming one of the most prestigious auction sales in Europe today. The 2019 edition will take place on Friday 8 February in the Parc des Exposition, Porte de Versailles, in Paris.

The Artcurial Motorcars team has excelled itself yet again, bringing together a group of exceptional lots starring an automobile that is iconic for its rarity, provenance and very special racing history: the ex-Trintignant 1931 Bugatti Type 51 châssis #51128. Bugatti clocked up more pre-war victories than any other marque, and the Grand Prix cars represent the very best of 1920s and 1930s automobile design.

The Bugatti 51 succeeded the Type 35 that had enjoyed huge success during the 1920s but was starting to show its age by the early 1930s. Between 1931 and 1934, forty Type 51 cars left the Bugatti workshops at the Molsheim factory, to compete in the greatest races in history, in the hands of both factory and gentlemen drivers.

« Few Grand Prix Bugatti can claim to be as original as this 51. Coming from a major collection, this rare and sought-after model, with transparent history, will be one of the indisputable stars of Rétromobile 2019. » Matthieu Lamoure, Managing director, Artcurial Motorcars

The Bugatti #51128 was delivered new to racing driver Marcel Lehoux in Algiers in June 1931. Lehoux competed extensively in the car, achieving several victories and multiple podium finishes. In 1932 he drove the car to 6th overall in the legendary Monaco Grand Prix. Louis Trintignant, already the owner of several Bugatti, then acquired the car, entering and winning various races in it. Sadly, he met his death in 1933 at the wheel of his Bugatti 35C, and #51128 was sold the same year by his widow to motorcycle racer Jules Rolland. Finding that he didn’t use the car, Rolland sold it in 1938 to the famous French racing driver and Bugatti fanatic Maurice Trintignant, who used it to compete in Grand Prix races during 1938 including Pau, and Chimay, which he won. With the outbreak of war, the Bugatti was hidden away at the family farm in the SouthEast of France, and it made its reappearance in September 1945 at the Grand Prix des Prisonniers, in the Bois de Boulogne. Fully occupied with his career as a professional driver in Formula 1 (he participated in some 324 Grand Prix races), the Bugatti 51 remained on display in his showroom until 1974. This was the year the car was restored by its new owner, a collector from the Loire. At the end of the 1980s, it was bought by Christian Pellerin, a real estate developer responsible for the development of la Défense region of Paris. The Bugatti was acquired by the current owner, a Parisian collector, in 1992. This Bugatti 51 has suffered no significant damage, despite an active life in competition that included Grand Prix races during the 1930s. It is one of the most original surviving Type 51 Bugatti, retaining its original chassis, coachwork and many mechanical elements. Cars with important race history such as this are highly sought-after, offering an entry to the most prestigious historic race meetings such as Le Mans Classic and the Grand Prix Historique de Monaco.