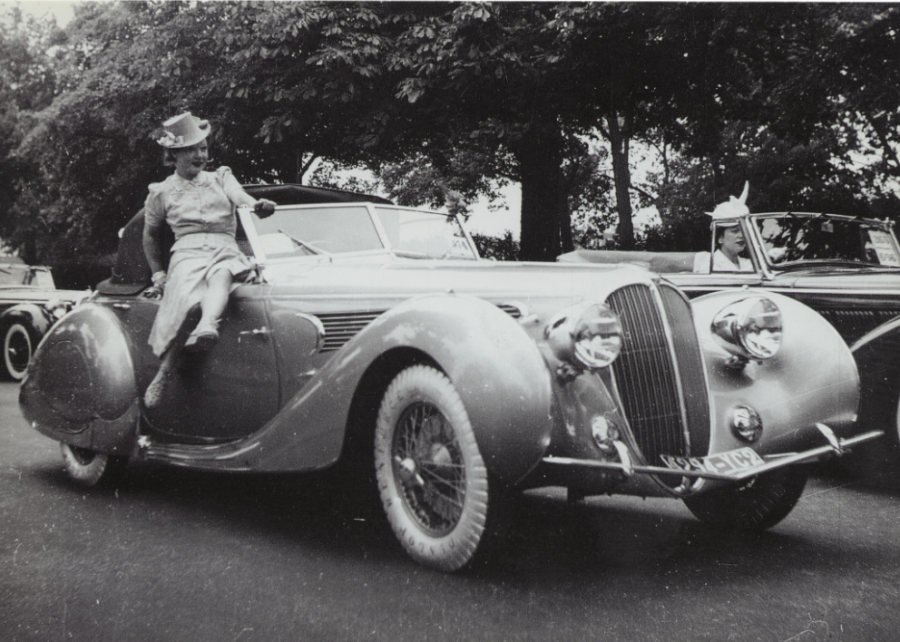 (2017 sale) Other highlights in the sale

Retromobile 2017 by Artcurial Motorcars. Three other beauties from Ogliastro's Collection

This 166 Spyder Corsa was the 7th competition-client Ferrari to be built. Delivered new with an Ansaloni body on a long wheelbase chassis, the car was raced by leading drivers of the day, including Giuseppe Farina, Giampiero Bianchetti and Raymond Sommer, and won outright at Reims in 1948. In 1949, its chassis was shortened and engine re-bored to 2.3- litres, making it more competitive. It continued to shine on the race track until 1956 when it was given a splendid new body, styled by Scaglietti, that prefigured the design of the iconic 500 TR and 750 Monza. This is an important part of Ferrari’s early history, still fitted with its original engine, and is eligible for all prestigious historic motor racing events.

The Renault 5 Turbo belonging to Jean Ragnotti, in which he won the 1982 Tour of Corsica

Few drivers in the history of motor racing can match the skill and success of Jean Ragnotti. A champion rally driver, he became known by the nickname « acrobat ». A driver for Renault, he has competed alongside the biggest names in the sport in such epic events as the Monte Carlo Rally and the Le Mans 24 Hour Race. One of the most emblematic cars of his career will be offered in the sale : the Renault 5 Turbo 2 in which the driver won the 1982 Tour of Corsica, after a heroic battle with the Ferrari 308 of Andruet-Biche. It was his skill at handling the car in the wet that made the difference, giving Renault a decisive victory in one of the key stages of the World Championship. Ragnotti also drove this car in the 1982 Ivory Coast Bandama Rally. Later used by Renault for promotional purposes, the car was offered to Ragnotti by the company in 1995, at a Paul Bocuse dinner to mark his 50th birthday. This car has everything a collector desires : exceptional racing history, indisputable authenticity and unique provenance !

This remarkable Delahaye cabriolet, chassis number 60173, was bodied by Figoni & Falaschi. It was ordered by the Puerto Rican oil magnate Felix Benitez-Rexach, for his wife Lucienne, better known by her stage name « la Môme Moineau ». On delivery, the car took part in the concours d’élégance de L’Auto in the Bois de Boulogne on 9 June 1939 and won 3rd in class for « convertible 2-door cars with a removable hood, 11 bhp and over ». The car also starred in the 1950 film by Réné Clément Le Château de verre, starring Jean Marais and Michèle Morgan. Following a top-level restoration, this stunning Delahaye took part in the most recent concours at Pebble Beach. Much admired by jury and spectators, the car was awarded third in class for a pre-war Delahaye and also won the prestigious French Cup.