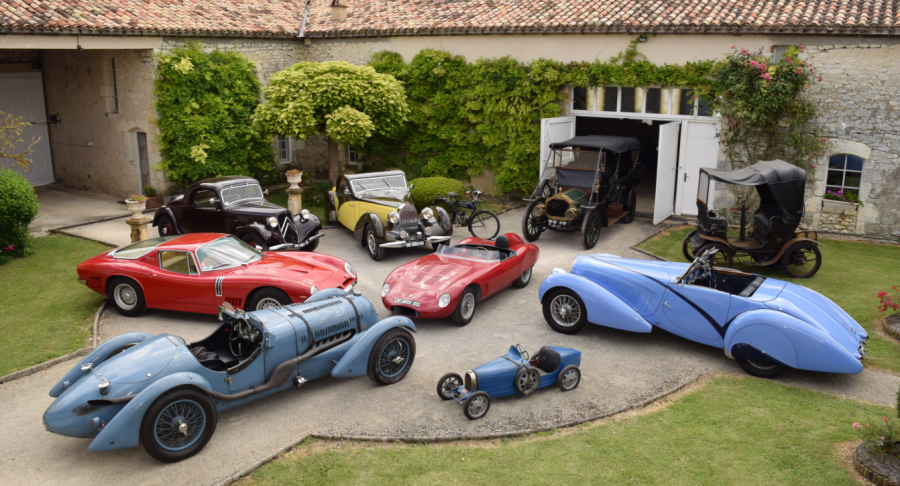 A genuine celebration of collectors’ cars, the Salon Retromobile has grown in size over the years to become one of the most important dates in the calendar for international collectors, taking place every year in the « plus belle ville du Monde » (the most beautiful city in the world).

Within this event, Artcurial Motorcars holds one of the biggest European sales of the year, Rétromobile by Artcurial Motorcars. In the last Retromobile sale, the hammer came down on the most expensive car ever to sell at auction (in £ and €) at 32.1 M€ for the 1957 Ferrari 335S Scaglietti, in a two-day sale realising 56,1 M€ / 43,2 M£ / 62,6 M$.

A spectacular display on the biggest stand in the Salon, a wide choice catering for all tastes and budgets attracting over 3,000 collectors and a drive-through auction, this sale represents the very best in the auction world.

The 2017 sale takes place on 10 February and will offer a diverse selection of collectors’ cars, from automobiles dating back to the Golden Age of French coachbuilding, when France built some of the best cars in the world, to finely-tuned competition machines with a successful racing history.

« Paris will become, as it does every February, the capital for Collectors’ Cars, thanks to the Retromobile Salon and the official auction organised by Artcurial Motorcars ! The selection in the 2017 sale will be wide-ranging and mouth-watering. It includes the Hervé and Martine Ogliastro Collection that gives prominence to the Golden Age of Motoring, and a selection of cars highlighting the history of motor racing. History, provenance, authenticity and realistic estimates are the ingredients that ensure this sale is always a huge success ! », Matthieu Lamoure, Managing Director, Artcurial Motorcars

A descendant of the Vuitton dynasty, Hervé Ogliastro has been passionate about cars from a very early age, and has been involved in the world of automobiles for a long time. In 1976 he came across the first Retromobile Salon, held at that time in the Place de la Bastille, and was captivated. Several years later he took over the event.

A passionate automobile enthusiast, Hervé Ogliastro is both a collector and a driver. He has taken part several times in major events such as the famous Carrera Panamerica. His wife Martine, always at his side, shares his passion.

« I love the beautiful vintage coachwork of the Golden Age and also GT cars. I have owned a Countach, a Diablo, an XK120 and 150, Horch, Delaunay-Belleville, Delage ex-Lesur, the Gordini that belonged to Jean Berha and won at Reims, Ferrari and Porsche… What inspires me are the stories of my cars and the lives they have lived. The more they have « danced » the more I become attached to them » Hervé Ogliastro

The collection of Hervé and Martine Ogliastro will be offered for sale at the Salon Retromobile auction. A fitting return for the gentleman who once ran this event. There will be a total of eight automobiles from this collection, all
with exceptional provenance, coming under Maître Hervé Poulain’s hammer :

Jean Bugatti, Ettore’s son, was responsible for the superb design of the Bugatti 57 Atalante. The model presented is one of just six examples with a folding roof and was exhibited on the Bugatti stand at the 1935 Paris Motor Show. This example, with known history, has always been in France and has been part of the Hervé and Martine Ogliastro Collection for over 30 years.

This car started its life as one of six given a coupé body by renowned coachbuilders Figoni & Falaschi on a Delahaye 135 Competition chassis. It was modified at the end of the 1940s into a cabriolet that highlighted its exceptionally fluid design. Exhibited in the early 1990s at the Centre International de l’Automobile, in Pantin, this important automobile has been part of the Hervé and Martine Ogliastro Collection since 1992.

This magnificent Talbot from 1936 is a factory car that took part four times in the Le Mans 24 Hour Race (1937, 1938, 1939 and 1949) driven by such well known drivers as Chiron, Chinetti, Levegh and Rosier. It also participated in the 1937 Mille Miglia and numerous Grands Prix races, competing until 1950. With known history, this car represents the essence of pre-war French racing cars and is eligible for most international historic race events.

The Osca 273 S was the archetypal Italian racing car of the 1950s, and just six were built with a 273 S engine. Low powered and lightweight, the car was capable of reaching 200km, a remarkable feat at that time. This car took part in some fifty races between 1957 and 1965, achieving notable successes including class wins in the Sant’Ambroeus Cup at Monza in 1958 and 1961, and a class win at Mont Ventoux in 1960.