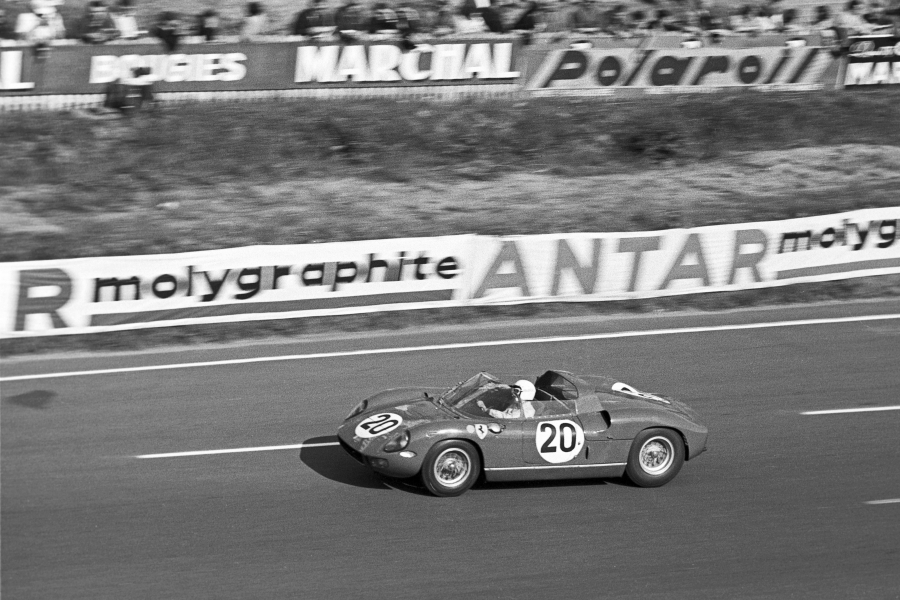 Artcurial Motorcars will offer one of the most significant cars ever to come to auction: the Le Mans winning 1964 Ferrari 275 P #0816 from the Bardinon Collection.

The car will take centre stage at Artcurial Motorcars’ renowned Retromobile sale on 9 February 2018. It will be the first time #0816 has been seen in public since it joined the Bardinon Collection at Mas du Clos, in France.

Artcurial’s motoring department has established a reputation for offering the most valuable and important collectors’ cars at their annual sale in Paris. In 2016 Artcurial Motorcars achieved the highest price, in euros and sterling, for a car sold at auction, with another iconic race car from the Bardinon Collection: the 1957 Ferrari 335 S Scaglietti, which sold for 32 075 200 M€ / 24 693 782 M£ / 35 711 359 M$, including premium.

During the second half of the 20th century, Pierre Bardinon assembled an unrivalled collection of racing cars, and by the end of the 1960s he focused entirely on Ferrari, and in particular, competition cars with the most successful racing history. He acquired some 50 factory cars including 4 of the 9 Le Mans winners and designed his own private race circuit at Mas du Clos to showcase his collection and keep the cars alive.

The Ferrari works team has won the Le Mans 24 Hour Race outright just 8 times, and this car, chassis #0816, was the last car to do so in 1964. The mid-1960s was one of the most exciting periods in Le Mans history. Racing as no. 20, the Prototype 275P works car was driven to victory by Jean Guichet and Nino Vaccarella. In a very consistent race, the car covered 4695.3km at an astonishing average speed of 196.638km/h. It was the 8th and final win for the factory team at Le Mans.

This Ferrari 275 P represents the ultimate and the truly exceptional. It has reached the summit in sports car racing worldwide. To look at this automotivemasterpiece, is to see the best and most prestigious racing provenance. It radiates the DNA of success. Artcurial Motorcars is proud and delighted to present for sale the last works Ferrari to have won the most mythical endurance race in the world.  ...